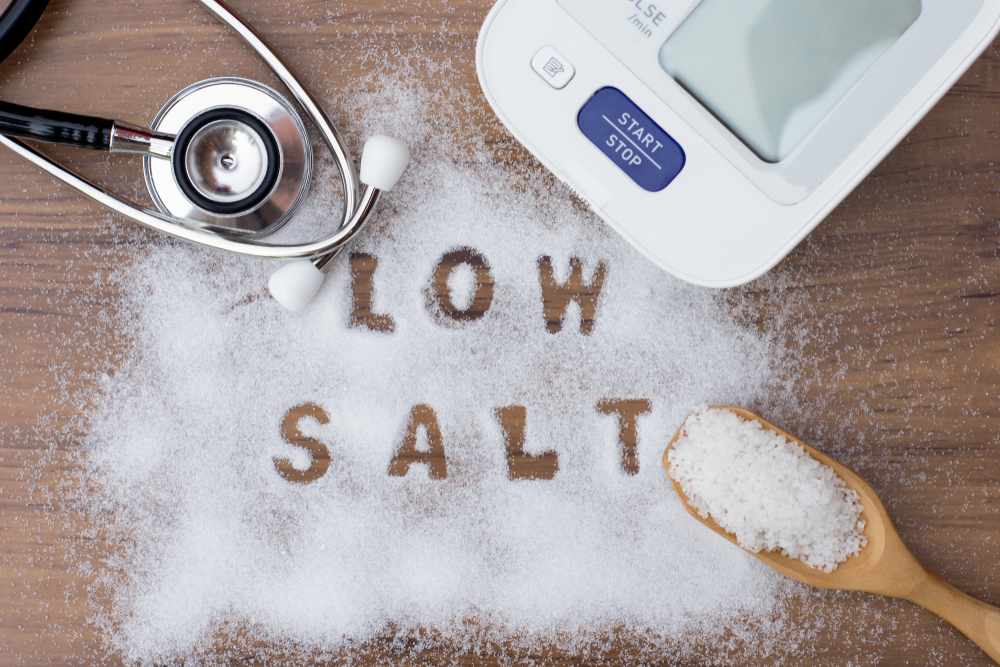 Our body is in a delicate balance between different minerals and vitamins that help it maintain the function of its many systems. Ranging from muscles to nerves to even blood vessels, all body parts function thanks to the influx of different minerals at an unfathomable speed. Minerals found in the body include Sodium, potassium, calcium, magnesium, and many others. They serve as “ions”, which means that they control the flow of electric current through nerves and into different muscle types. They also function as “solutes”, which means that they control the flow of water into and out of different cells. Sodium is by far the most important of the previous.

Sodium is abundant in nature and in different foods. The main source of Sodium is table salt, which is added to different foods and is consumed all over the world. You are more likely to have an excess of salt than a deficit, therefore controlling the amount you consume per day can mean all the difference in your health.

How much Sodium do I need per day?

The amount of Sodium you need per day differs depending on some factors, most importantly is the amount of sweat you produce, which in turn depends on where you live. People living in hot weather need more Sodium, since a large portion of it is lost in sweat. On average, you need no more than 2 grams of Sodium per day, which is equivalent to only one tablespoon of salt, while some organizations including the American Heart Association has set the amount to as little as 1 and a half grams.

Why should I control the level of my Sodium?

As essential as Sodium is to the body, its excess is highly likely, thanks to many foods that we consume daily that are rich in it. High levels of Sodium can cause multiple diseases including hypertension (high blood pressure) and heart problems. Hypertension is the leading cause of heart failure worldwide and heart failure is one of the leading causes of death. Sodium retains fluid in the body and increases the amount of fluid that may accumulate in different body parts causing swelling and even kidney damage in the long run.

Hypertension is a chronic disease that is unlikely to go on its own, and people with hypertension usually need to stay on lifelong medications. It causes dysfunction and disease in almost all body organs including the brain, the heart, the kidney, the eye, and blood vessels of the arms and legs.

© Copyright 2022 by DonaHealth. All Rights Reserved.

Back to Top
Close